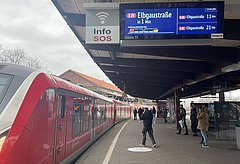 Berlin, January 12, 2023 – As of 10 January 2023, S-Bahn Hamburg GmbH started with the live display of train passenger occupancy using a sensor technology developed in-house. The displays at the stations receive the corresponding information via the information and messaging system (IMS) of PSI Transcom GmbH. The dispatching system has been controlling and monitoring the S-Bahn operations of the Hanseatic city for more than 20 years and is continuously adapted to new requirements.

Sensors scan the passing S-Bahn trains, collect information on the occupancy of the individual carriages and send it via an interface to the PSI control system. Using journey data from the IMS, this information is linked within seconds and forwarded to the displays of the assigned station.

The occupancy display on the platform is in triple traffic light logic for the respective carriages. In this way, passengers can position themselves specifically on the platform to find free seats on the train. This leads to fewer delays when boarding and disembarking and to more punctual operation.

In addition, passenger flows become transparent and allow predictions about the occupancy of trains. Dispatchers will be able to better coordinate train traffic in the future.

In the pilot phase, the 16 stations in Hamburg's inner city area are to be equipped with the Lightgate sensor system by the end of March 2023, with more stations to follow.

S-Bahn Hamburg GmbH operates on six lines, with a rail network of 147 kilometers and 69 stations. Up to 750,000 passengers use the S-Bahn every day.

The PSI Group develops its own software products for optimizing the flow of energy and materials for utilities (energy grids, energy trading, public transport) and industry (metals production, automotive, mechanical engineering, logistics). The industry-specific products, which are built from standard components, are sold both directly and via the cloud-based PSI App Store and can also be customized by customers and partners themselves. PSI was founded in 1969 and employs more than 2,200 people worldwide. 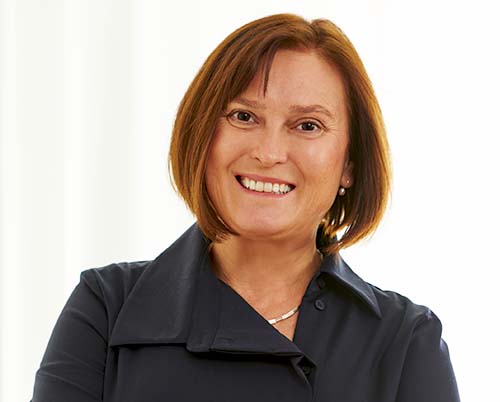